INDONESIA THE GREAT SPICES IN THE WORLD INDONESIA THE GREAT SPICES IN THE WORLD

If we go back in past time, spices were the reason Europeans came to Indonesia and colonized this country which at that time was still in the form of a kingdom. At present spices are global even not only in Europe. We can prove the reason for the arrival of Europeans was proof that the spices at that time were extraordinarily luxurious. Why is it luxurious? This is because the aroma of the spices which is said to be the "Aroma of Heaven" and foods that contain spices have a delicious taste, which is used as a flavoring dish.

Until now, Indonesian spices are still in great demand by other nations. Although some of them can already be planted on their own land, Indonesian spices still seem to have a place in the hearts of people from other countries. Because of this the Indonesian government is very helpful for farmers to be able to grow crops by giving out counseling, seeds, and how to plant and harvest. Through a group of farmer groups throughout Indonesia, here are a few rows of spices:

Pepper is a native spice from Indonesia. The pepper has two types that are known by the public, namely Black Pepper and White Pepper. The spicy flavor of pepper can warm the body and is effective in eliminating colds. In addition, the aroma of delicious but strong pepper is usually used to treat influenza. Indonesia ranks second in the world as the most pepper or pepper producing country. Cinnamon or other names cinnamon, this is a type of wood with a sharp aroma and has a spicy and sweet flavor when processed with food. Cinnamon is found in several places in Indonesia. This cinnamon has two types in the market in the form of Stick and Powder. The benefit of cinnamon is to control blood sugar in the body, relieve headaches in rheumatic patients, and can prevent infection and inflammation.

In the colonial era, ginger was often used by the army of the company as a mixture of food or body heating drinks during the winter. For this reason, since that time until now, ginger remains a prima donna in Europe that experienced a winter to minus below zero degrees. In Indonesia, which is a ginger-producing country, spices that are still included in this type of rhizome are more often used as a mixture of food, drinks and herbs. 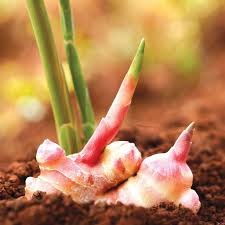 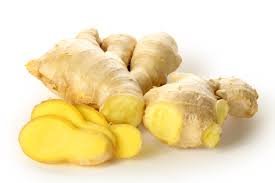 Coffee is one of the commodities in the world that is cultivated in more than 50 countries. But this type of plant must be planted geographically in the highlands because it can produce good coffee flavor. Two commonly known varieties of coffee trees are: Robusta coffee (Coffea canephora) and Arabica coffee (Coffea arabica).

Coffee then continues to grow until now it is one of the most popular drinks in the world which is consumed by various groups of people. Indonesia itself has been able to produce more than 400 thousand tons of coffee per year. Besides its interesting flavor and aroma, coffee can also reduce the risk of cancer, diabetes, muscle, nerve, gallstones and various heart diseases. Coconut trees since ancient times are one of the commodities sought by foreign countries since the colonial era. Because coconut is the basic material used for cooking dishes and cakes, coconut milk, oil, and coconut itself. This coconut tree can only grow in tropical regions, one of which is the largest Indonesian country producing coconut in the world. Until now, according to the development of the era, coconut was developed into coconut charcoal briquette as a substitute for fuel from coal or petroleum. And in some European countries coconut charcoal briquettes derived from coconut shell charcoal are consumed as hokkah shisha in several restaurants there. 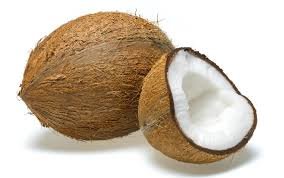 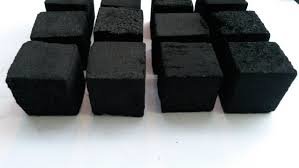